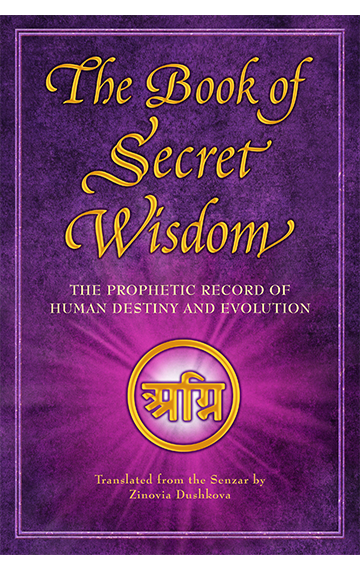 Hidden away for long millennia, the world’s most ancient sacred text
reveals the past, present, and future of humanity

A million years ago, the Great Masters of Wisdom recorded a mysterious manuscript widely known as the Book of Dzyan — a Tibetan name meaning the Book of Secret Wisdom. Written in a language unfamiliar to modern philology, called Senzar, this oldest book in the world has served as the source of every ancient religion, philosophy, and science.

The Masters stored it in the legendary realm of Shambhala, each century admitting only a few chosen ones to read some of its pages. Thus, in the 19th century, Madame Blavatsky was permitted to translate and publish nineteen stanzas from the Book of Dzyan in her highly influential masterwork, The Secret Doctrine.

Now a new excerpt, consisting of twelve stanzas and supplemented with exclusive material, is published in English for the first time. Reading through the pages of this work, you will be able to trace the whole course of the spiritual evolution of humanity and our Earth beyond Time and Space:

With every new reading, more and more secrets will be revealed