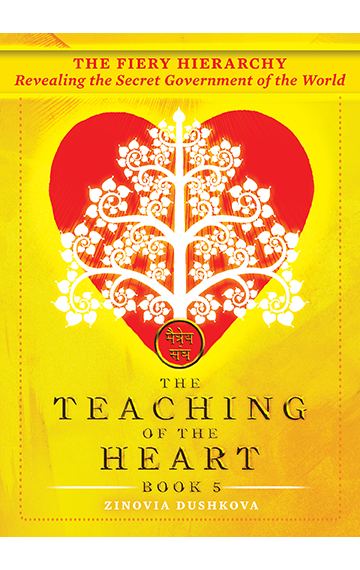 So what does the Hierarchy of Light, this biblical Jacob’s Ladder connecting the Earth and Heaven, represent? According to what laws does it rule in the Universe and on our planet? And how can you become a colleague of the Hierarchy?

In Book 5 of The Teaching of the Heart series, the Lord of Love and Compassion, the Supreme Head of the Hierarchy on our planet, will tell you about the Teachers who guide life on the Earth and oppose the forces of darkness. He will help you comprehend one of the most fundamental and immutable laws of all creation: the Law of Hierarchy. In addition, in the book’s pages you will learn about an innermost link between the Teachers and their disciples and also how you yourself can come closer to the Hierarchy of Light and become its loyal colleague.

The clear realization of the Hierarchy of Light will enable you to accelerate your spiritual ascent and attain the Higher Leadership, which will guide and protect you in all the righteous undertakings that you do for the good of all humanity.

Will your heart accept the Supreme Guidance?