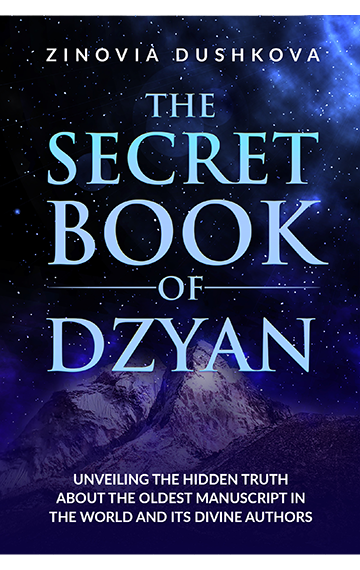 Have you heard of the secret Book of Dzyan?

Generations of Truth-seekers have been searching for this mysterious book of untold antiquity that conceals the entire wisdom of the world, yet only a chosen few have ever gained access to it.

Thus, in 2015, Zinovia Dushkova, Ph.D., published a new excerpt from the Book of Dzyan in The Book of Secret Wisdom that revealed the future and destiny of humanity. At that time, however, she was not allowed to disclose anything more about the Book of Dzyan than Helena Blavatsky had already done in her time.

But now, for the first time ever, Dr. Dushkova has been permitted to cast more light on the Book of Dzyan and answer the following questions:

In addition, you will also learn about the attempt that the Masters of Wisdom made to enlighten the world in the 20th century and what challenges face humanity in the 21st century.

Download this book now to unveil the hidden truth about the oldest manuscript in the world and its divine authors!