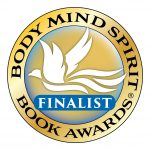 The 2nd Annual Body Mind Spirit Book Awards has announced its 2018 award recipients. The Book of Secret Wisdom by Zinovia Dushkova has been named a Finalist in the New Age category.

The BMS Book Award honours books published by all publishing houses that make a special contribution in such popular, growing fields as holistic healthcare, personal development, human consciousness, self-help and spirituality. It was launched in 2016 by well-known book consultant Ellen Reid.

Spirituality Today has written an excellent review of The Fiery Heart.

Radiant Books publishes Book 6 of The Teaching of the Heart series, which will help readers awaken the source of divine wisdom hidden within them.

All great sages and philosophers of antiquity emphasized the importance of the heart, calling it the “Abode of God.” It contains enormous magical potential and all the divine abilities people are destined to unseal in the coming New Era — the Era of the Heart.

What is the fiery heart? What unknown functions does it perform? What are the specifics of its work? What is it capable of? How can one hear the voice of one’s heart and how can one avoid confusing it with the mind?

Answers to these and many other questions will be provided to readers by the Lord of Love and Compassion, known as the “Great Heart,” in The Fiery Heart: Discovering the Source of Divine Wisdom (The Teaching of the Heart, Book 6) published by Radiant Books. Revealing the profound significance of the human heart step by step, He will enable them to look in an entirely new way at the treasure beating within them. After learning to listen to their heart, people will find a loyal friend that will always prompt them in which direction they need to head in order to realize their spiritual potential and accomplish — in the best way possible — the mission entrusted to them by destiny.

It is the opening and awakening of the human heart that will allow humanity to move to a new level of its spiritual development.

Spirituality Today has written a nice review of The Fiery Hierarchy.

Reviewer Peter Morris writes: “It’s time to determine which side in the war you are going to fight for and this book might just help you make up your mind!”

Radiant Books publishes Book 5 of The Teaching of the Heart series, telling about the true Leaders that stand at the helm of our planet. 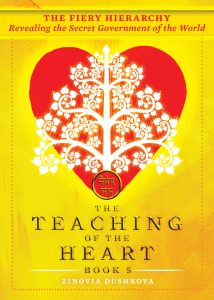 So what does the Hierarchy of Light, this biblical Jacob’s Ladder connecting the Earth and Heaven, represent? According to what laws does it rule in the Universe and on our planet? And how can one become a colleague of the Hierarchy?

Radiant Books publishes The Fiery Hierarchy: Revealing the Secret Government of the World (The Teaching of the Heart, Book 5), in which the Lord of Love and Compassion, the Supreme Head of the Hierarchy on our planet, will tell readers about the Teachers who guide life on the Earth and oppose the forces of darkness. He will help them comprehend one of the most fundamental and immutable laws of all creation: the Law of Hierarchy. In addition, in the book’s pages they will learn about an innermost link between the Teachers and their disciples and also how they themselves can come closer to the Hierarchy of Light and become its loyal colleagues.

The clear realization of the Hierarchy of Light will enable readers to accelerate their spiritual ascent and attain the Higher Leadership, which will guide and protect them in all the righteous undertakings that they do for the good of all humanity.

Spirituality Today has written a wonderful review of The Heart of Infinity.

Reviewer Peter Morris writes: “The narrative of The Heart of Infinity: Exploring the Universe is as rich as the cosmic splendour from which its teachings are derived.”